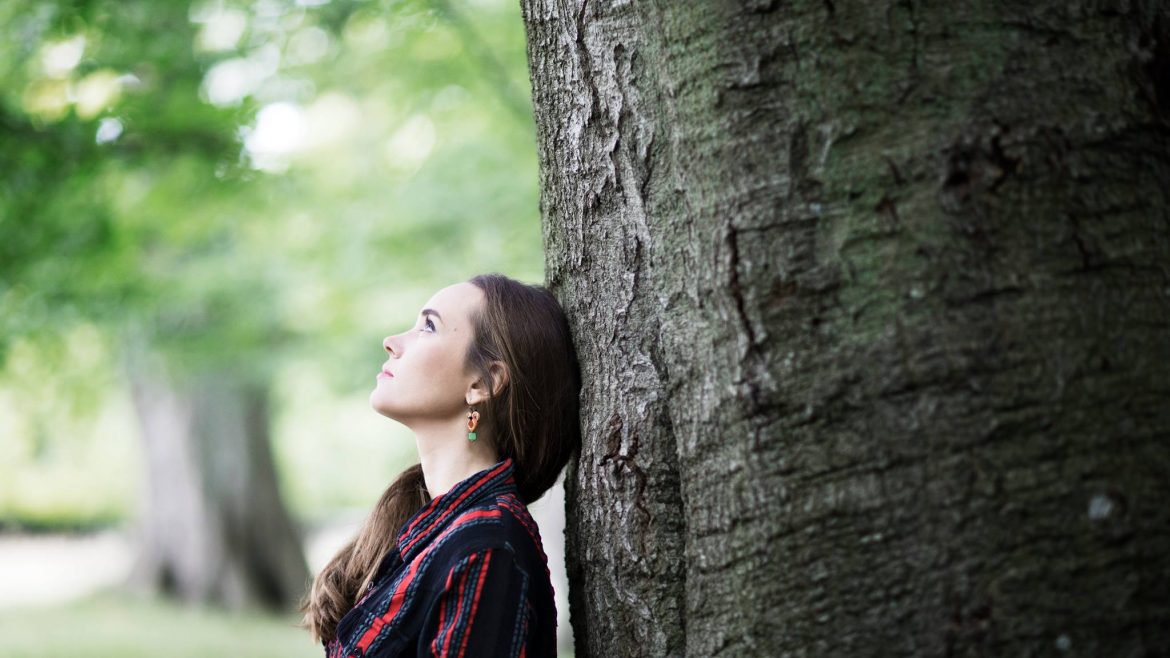 “What we believe about the future determines our visions. And our visions determine our strategies, which again determine our actions.” says futurist Mette Sillesen in her TEDx talk from April 2018 in Odense, Denmark.

Mette has been working as a futurist since 2012, when she completed her Master’s degree in Innovation, Management, Marketing & Business Communication from Copenhagen Business School. She believes that technology can and will be used to enhance our spiritual side, and as a futurist as well as personally she is preoccupied with finding meaning as well as helping others in their search for meaning.

We felt this was a shared interest, so we talked to Mette about her speaking experiences, her preparation process, how she knows she’s reached the essence of an idea, and her views on what role public speaking is taking in society these days.

Speaking is not about delivering information, everyone can get all the information they need online. It’s about talking to the heart and your work in the world.

The “f*ck no” moment

Public speaking is becoming a profession. So we should do it professionally. Really know your content and know why you are standing there.

Everyone in the world has to take responsibility for giving people hope.

The TEDx talk High-Tech. High-Spirits that Mette is referring to in our conversation is here: 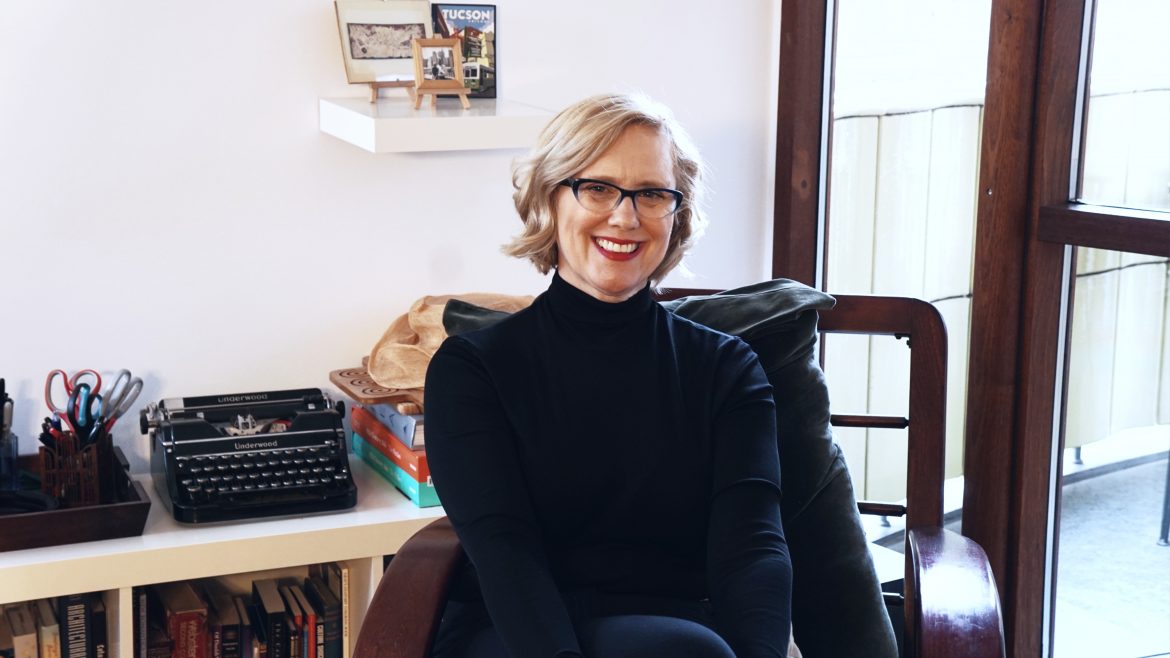 The SCDiaries had a chat with 2018 TEDxOdense speaker Kay Xander Mellish. We kept it short and sweet and touched upon the fate of public speaking, then and now.

Kay is American-born and currently a dual US – Danish citizen, and has taken cultural awareness to a whole new level, as only a journalist can. Observant of seemingly unimportant habits and the cultural norms that are often taken for granted, Kay makes the best of both American and Danish humor and helps Danes and privileged immigrants understand each other better in their everyday working and social life.

Kay’s fourth book, Working with Americans: Tips for Danes is coming out this 4th of July. Coincidence? We think not 🙂

1. Let’s get the most obvious question out of the way: do you have stage fright?

I’ve done about 200 speeches and I still get a little bit nervous. But as soon as I get on stage I’m fine. I can give an impromptu speech about, say, vegetables – I’ll be totally cool as soon as I step up there.

2. Your worst fear when you’re about to do a talk?

That someone’s going to take me off the stage, ha ha. No, sometimes you get a non-responsive audience, usually because something’s happening in their lives that’s not connected to the speech at all. I spoke at one company just a couple of hours after it announced massive layoffs. They were a little down-in-the-mouth, but fortunately it was an upbeat speech, and later several audience members told me it had actually helped them take their mind off things.

3. Did you ever think you would become the successful speaker you are today?

No, the whole thing was an accident. The podcast lead to the book, and then someone who read the book asked if I could speak, and it all went from there.

At an event like TEDx, where you’re giving a unique talk for the first time – a room to block everything out.

6. How was TEDxOdense different from other events?

With a speech you’ve done repeatedly and refined over time, you can be on autopilot, you can hang out with everybody and watch your favourite movie when you’re backstage. By that point, your talk should be almost muscle memory – you shouldn’t be fine tuning it any more. But with a TEDx talk, a which was a unique and one-time speech, I needed full concentration.

7. The hardest thing about doing a TEDx talk?

Not being able to refine the material over time: it’s a one-time thing. Watching the talk again, I kept thinking I could have given the audience more time to laugh here, or slowed down a bit there – but I don’t get to do it again. One and done.

8. Best kind of help you can get while preparing a talk?

Feedback on content and style of delivery before the talk – what works, what doesn’t.

9. Do you find it easy to adapt your language to second-language speakers of English?

Yes, and I do this in my talks – I use shorter sentences, simpler structures, and much more direct humor. Verbal language is always more direct than written language. When I write though, I use whatever vocabulary I want; people can either skip over what they don’t get, or look it up.

I give speeches in Danish, and that can be a bit frustrating – you stumble a bit, as everyone occasionally does in a second language, and it’s hard to time jokes and be spontaneous.

11. What should speakers be wary of?

It’s easy to get stuck in a rut, especially because as a speaker you get feedback mostly on ideas, and not so much on your delivery. You need to resist the temptation to pull out the same PowerPoint you’ve been using for the last 10 (or even 2) years. It’s like when you see a woman doing her hair the same way she used to in 1995, and thinking that because it looked good then, it still looks good now. Your ideas need to develop and move with the times. I don’t even agree with everything I said 10 years ago.

12. What’s your dynamic with other speakers?

13. Your least favourite thing about being a speaker?

It takes a lot of sales, marketing, and admin work. At least 75% of the work of speaking isn’t done standing on a stage.

Writing. That’s how I develop the concepts and ideas that I can share through speaking.

15. Why do you think speaking is becoming a job?

It’s the flip side of the internet: we’re so fragmented each of us sitting alone with our machines at home, that it’s nice to have a live person standing there every now and then. People like to be in groups with people sharing the same interest.

16. Where do you see public speaking heading in the coming years?

It will be a form of the entertainment industry.

17. Being a journalist yourself, do you like being interviewed?

Love it! A good interviewer can pull something out of you that you didn’t know you had, and can make you see a new point of view.

Kay is the voice behind the long-running How To Live in Denmark Podcast, the author of four  books about Denmark, and a communications consultant to some of Denmark’s largest companies, specializing in investment and finance. In April 2018, she gave the TEDx talk The Privileged Immigrant: 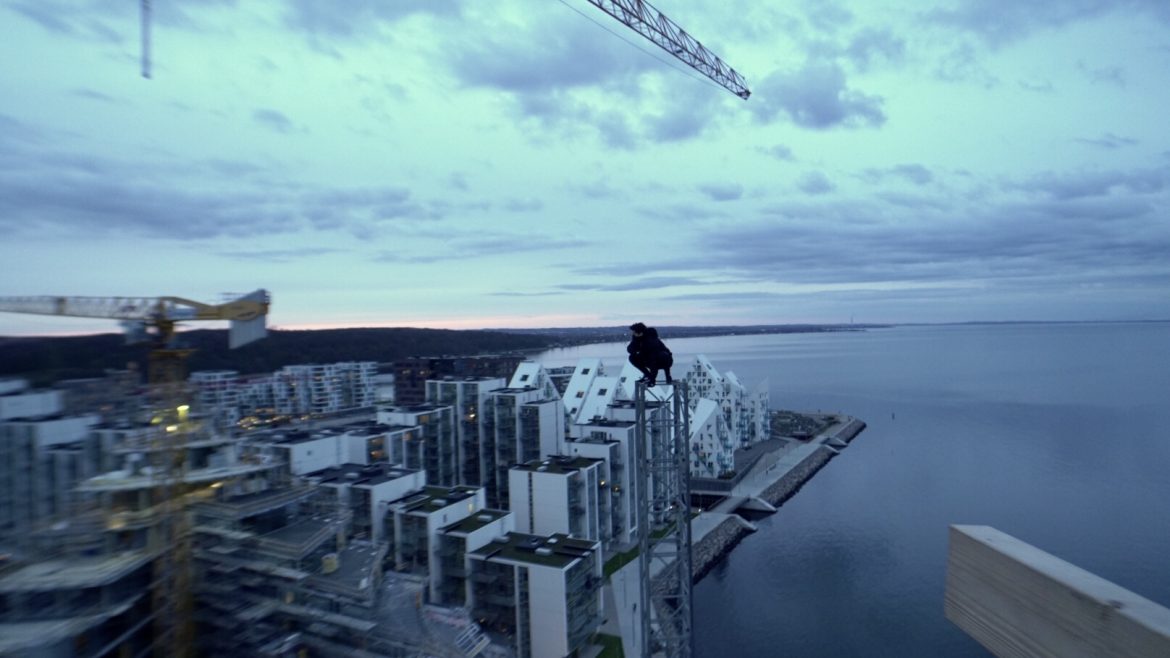 How would you feel if you suddenly got invited to do a TEDx Talk? Pretty good, right?

How about if that was going to be your first talk ever?

Momen Machlach, 22, has been doing parkour for 8 years now, and rooftopping for 5, and is one of the people who has seen some of the best cityscapes in Denmark, from up above. And as of April 13th 2019, he can add a TEDx stage to that list of heights.

“I have no idea why you’d want me to go up there” Momen said when the TEDxOdense team invited him to audition; he has lots of reasons though to get on top of places where you or I would never climb…  “But if you want to get yourself in trouble let’s go ahead and do it. So it turned out like it did.”

Momen accepted the invitation and a few months later he was giving the first talk in his life ever at TEDxOdense:

While Momen’s talk was about facing one’s fears – the red dot got a bit too intense and fear overwhelmed him. Anyone who has ever stood on a stage and performed before an audience knows how easily that can happen. However, it’s something we readily forget, when we watch our favourite talks on YouTube, or even from our comfortable seat in the audience.

As a part of the organizing team of the event, I’ll let you in on a little secret: we definitely don’t wish it on any of our speakers – it’s terribly difficult for them to go through this – but we also don’t really mind it if they quiver a bit. It serves as a good reminder that this whole speaking in public business is not that easy 🙂

What came next was one of the most honest, human reactions: Momen asked for help from his speaker coach, Christina Andersen – and it came not only with a round of applause, but also with a standing ovation at the end of his talk.

Momen recalls the last 5 minutes before going on stage as both the best and the worst, but if he could do it all again, he would, very simply cherish those moments more.

He also revisits the idea of the preparation work he had earlier called “boring” – and zooms in on what the speaker coaching process did for him: help him discover what’s interesting about himself.

With the same openness with which he previously admits he has always winged everything in his life (tztztz 🙂 ), Momen talks about how everyone can give an interesting talk, if they just do it in a way that helps people. The youngest speaker of TEDxOdense 2019 looks at coaching from a wonderfully humble perspective that reminds us there is not only something to learn from everyone, but also that together we are better at bringing it out:

Login to The Speaker Coaching Diaries
Reset Password
Enter the username or e-mail you used in your profile. A password reset link will be sent to you by email.